The story of Lil’s has to start with the story of it’s namesake, Lilly.

Lilly was adopted from the KW Humane Society to keep Craig company during 100 hour weeks at his first gym, True North Barbell. When True North shut down and Craig opened a small, private space to train clients, it only made sense to name it after it’s ever present canine, and Lil’s was born. 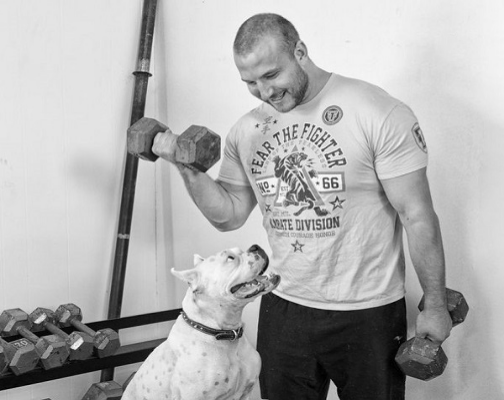 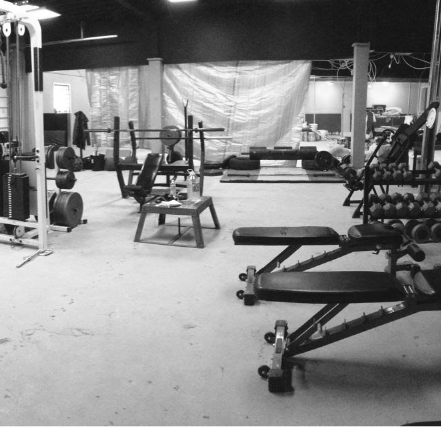 It was at the first, 500 square foot gym location where the seeds were planted for what Lil's has become today. Professional and worldclass athletes came to work with Craig including Coach Dan, who was then powerlifting - member Dan.

As the demand grew so did the gym, moving through multiple locations, each bigger than the last. While expanding it's members, clients and subsequently staff that came to work under Lil’s watchful paw.

Today the adopted family, started by Craig and Lilly has grown into an extended family of members, coaches, training partners and most of all - friends. From the first day it opened, the magic of Lil’s has been more than the location, the equipment, the owner or even the world’s greatest dog; the magic has been the people and the community and it has no equal.

Craig is the founder of Lil’s Gym, a published author and former professional strongman. Craig has worked with professional athletes, Olympians and World Champions in a variety of sports and has been mentored by both Louie Simmons of Westside Barbell as well as 3x World’s Strongest Man, Bill Kazmaier.

Dan is the head of our group training program and one of our most experienced coaches. With over a decade of training experience, as well as numerous training and nutrition certifications, Dan has worked with clients from every walk of life.

Chris is a technician that discovered his passion for coaching while training to compete in the ultra-competitive world of varsity rugby with Wilfrid Laurier University. It was at WLU that Chris earned a degree in Kinesiology, which began his coaching journey that brought him to Lil’s.

Let’s have a conversation. Our process is very simple: you tell us about yourself, your situation and your goals. We’ll tell you what we would do if we were in your shoes, whether that’s work with us, someone else, or just advice we can give you to achieve your goals, on your own.